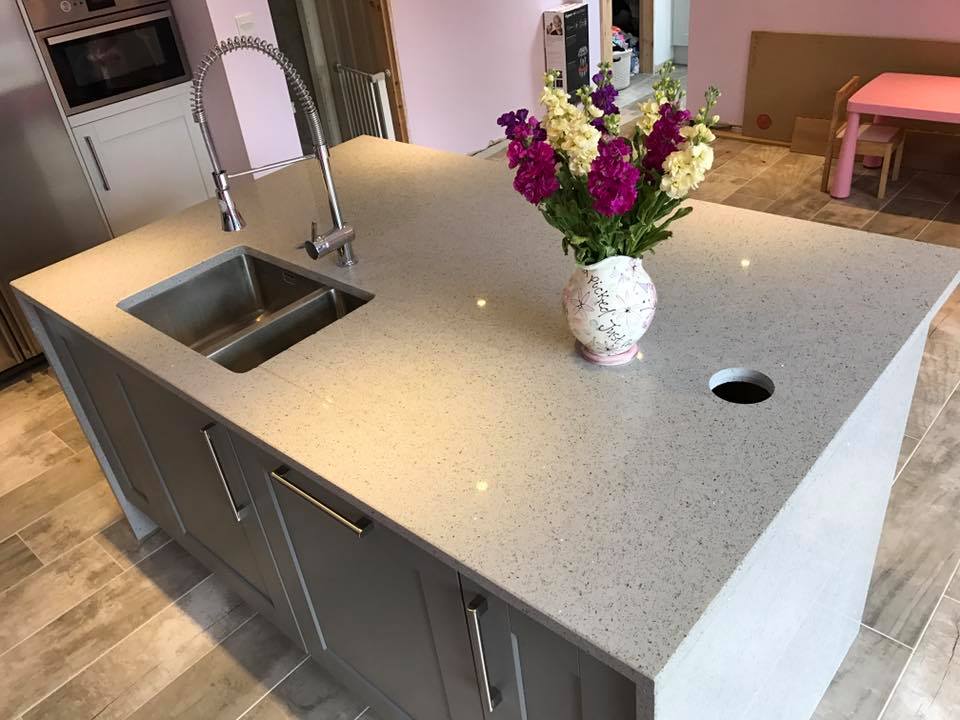 Posted at 13:37h in Quartz Worktops by omegastone 0 Comments
0 Likes

Quartz worktops are as popular now as they have ever been. They are non-porous, extremely hard-wearing and look great. 2017 has been a good year for quartz, and we’ve seen first-hand the trends that have emerged with customers.

It has become more common for customers to request thinner, lower profile quartz worktops. Quartz worktops are typically ¾” thick, however the average requested size for a low-profile worktop is 1 ¼”. It should be said, however, that thinner countertops are only usually requested for projects where space is limited. A thinner countertop gives the illusion of a larger workspace, helping homeowners to maximise real estate.

Brighter colours are out, and neutral tones are in. Red quartz, yellow quartz and other off-key colours are being replaced by your standard whites, blacks and greys, which are more laid back and pleasing on the eye. Neutral tones also have the benefit of being timeless, in that they will never go out of fashion. Neutral tones also make the best use of light, helping to make spaces look bigger and more welcoming.

Interested in a quartz worktop for your kitchen? Speak to one of our experts to see if quartz is right for you. Call us on 0113 873 0102 or contact us here.

This site uses Akismet to reduce spam. Learn how your comment data is processed.